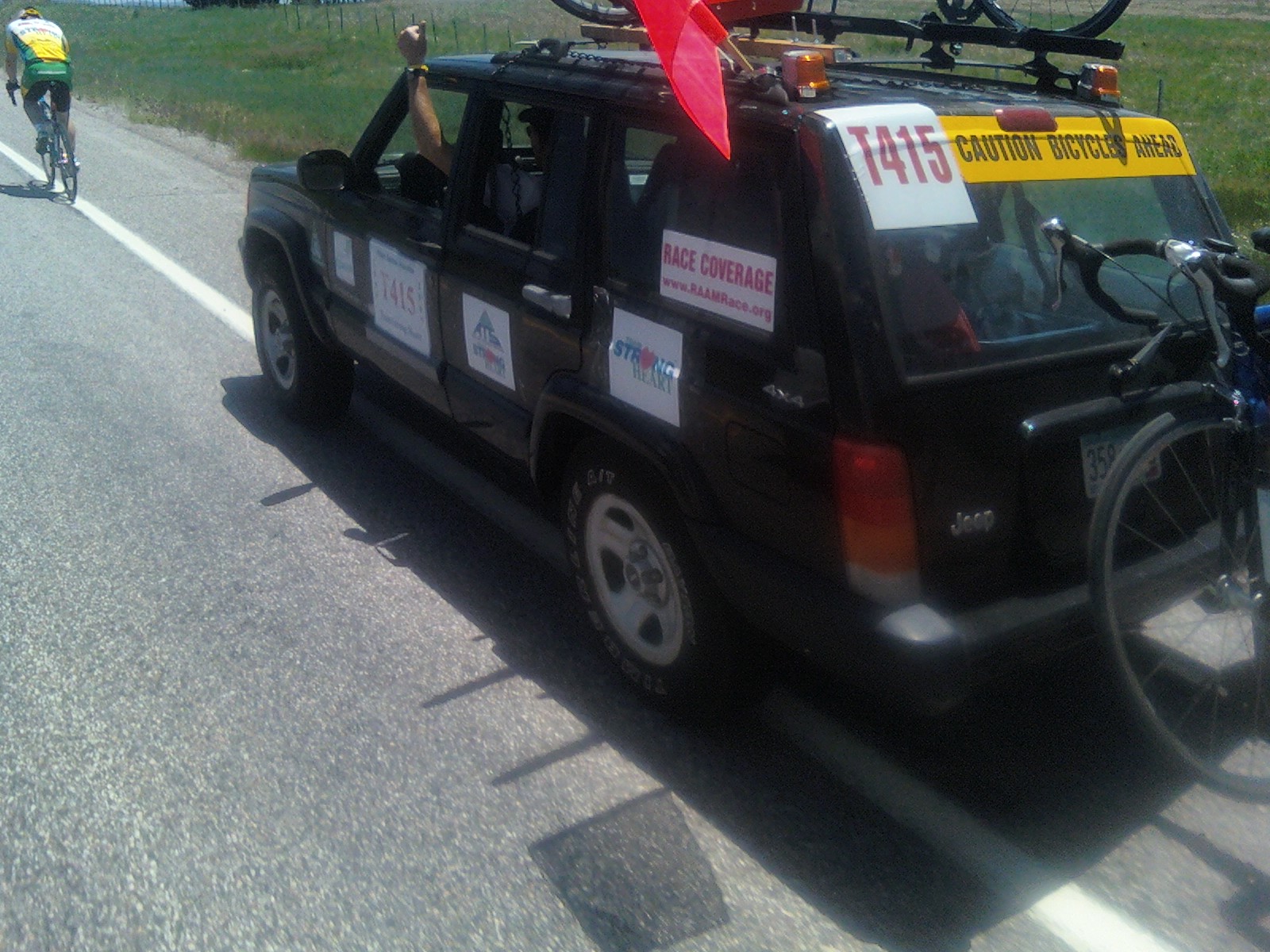 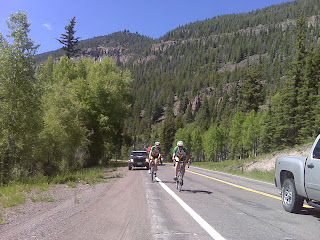 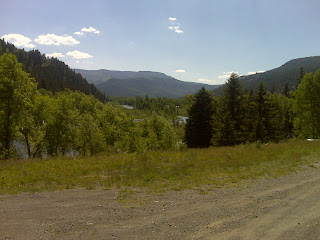 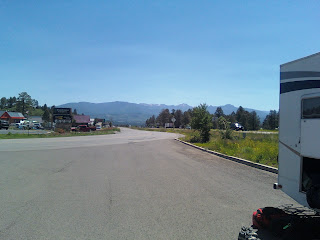 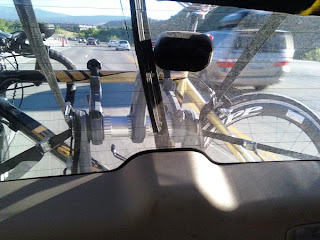 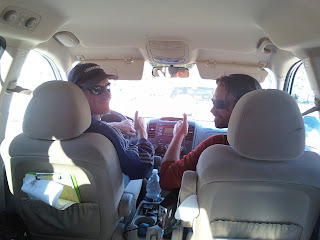 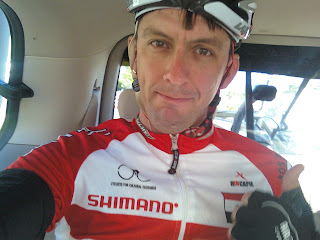 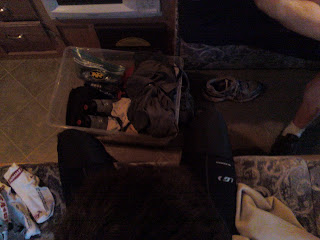 Gearing up for another shift. Sent by Andy (6/22 @ 6:49AM CDT)
Team Strong Heart has been at it for over 30 hours now, they are more than 680 miles into the race. Monday has the team seeing some beautiful country as they chase towards the east.
Click on each photo above for an expanded view!
Check the RAAM leader board stats here and a progress map here for the latest.
Update 11PM CDT: Team Strong Heart has now passed the 1000 mile mark and are still going strong! That's what a strong four person team can do in about 50 hours! TSH continues to rank high on the leader board, 2nd out of ten 4-male teams to be exact. The gap between the leaders (Team Surfing USA) and Team Strong Heart is currently less than an hour. That is a very small gap by RAAM standards.
TSH is now between TS#18 Taos, NM and TS#19 Cimarron, NM. Overnight they will see temps in the low 50's and it looks like the winds are calm. Tomorrow the team will experience a change in scenery as the leave the beauty of the west and enter in Kansas (bla!). The road will straighten out and flatten out as they cross the plains and continue east.
Update 8:30PM (CDT): Team Strong Heart has now gone over the highest elevation point of the RAAM Route. They passed through TS#17 at Antonio, CO at 5:35PM CDT and are now on their way to Taos, New Mexico and TS#18. The should arrive shortly. When they reach Taos, NM they will have been on the course for over 1000 miles!
Update 4PM (CDT): TSH reached TS#16 at Chuma, New Mexico at 3:08PM (CDT). They are now heading back into Colorado for a short time before the continue back into New Mexico. Current condition on the CO/NM border: 82F and clear with wind out of the SW are 16mph. Andy called just after he and Brett finished their last shift in Pagosa Springs, CO. He said things were going good and everyone was feeling pretty good. During Andy and Brett's next shift they will tackle La Manga Pass topping out at an elevation of 10,255. That is the high point of the RAAM route. Good luck guys!
Update 12:23PM (CDT): TSH has now reached TS#15 in Pagsa Springs, CO. With 885 miles of racing behind them they are about to leave Colorado and head into New Mexico. The weather continues to be very nice with temps in the 70's and 80's expected for the balance of the daylight hours. The sky is clear and the reported wind speeds are light and variable. TS#16 in Chama, New Mexico is the next destination.
Update 8:45AM (CDT): TSH passed through TS#14 in Durango Colorado at 8:45AM. Conditions in Durango at the time: 55F with calm winds. The next TS is in Pagosa Springs, CO were the team with do another shift change. Steve and Tim will be up next!
Update 7AM (CDT): Team Strong Heart passed through Utah over night and has now raced for over 770 miles! They are now between Cortez and Durango Colorado (TS# 13&14). Conditions in Durango this morning: 39F, clear with wind at 5mph from the NE. In a brief text message Andy reports he and Bret will be taking the shift from TS#13 in Cortez, CO to TS#15 in Pagosa Springs, CO. They should arrive at TS#15 sometime between 11AM and Noon (CDT). They should see temps near 70F as they reach Pagosa Springs.
Update 12:22AM (CDT): TS#11 at Mexican Hat Utah has been reached. The gap is only about 45 minutes off the lead! TSH will race their way through Utah in the dark. Conditions as they passed through Mexican Hat, UT: 74F with a SW wind at 12mph. That is about as nice as you can ask for!
Posted by JayT

I'm so proud of you guys! 25% DONE! Bernie and I are checking the website and the blog every day, and we're thinking about you. I'm sending up prayers of protection for you guys. I'm impressed that you're in 3rd place, but even if you come in last, crossing the finish line is the goal, and I will cheer for you no matter what!!!

Way to go. You are maintaining a good average speed through the mountainous areas. Hope your bodies are holding up well and your able to get good rest between rides. Talked with Paul Taylor and gave him your website so you may hear from him as well.

Stages 14-17 have been fantastic lads, keep this level of effort up. This is proving to be the race to watch!

Just checked the RAAM site...COWS? A gain in time??? Oh,man, you guys are awesome! Truly rockstars! Way to go!!!!