Crew Chief Update: Both of Amy Crew Chiefs, Michelle and Sandy reported in tonight.  They said that Amy is feeling great (bottom is a little sore) and that they are actually ahead of their plan projections which allowed for a little more rest for Amy.  As of TS#6 in Congress, Amy has ridden 391 miles and is 30+ hours into the race.  She has taken one scheduled sleep stop that lasted 4 1/2 hours! 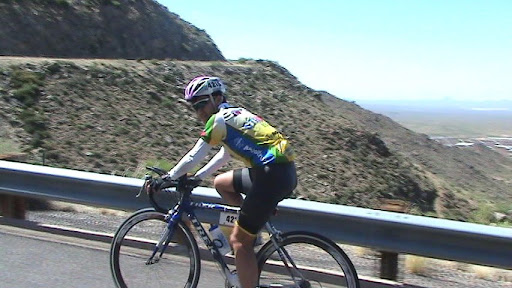 Amy on the Yarnel Grade outside Congress, AZ in 2008
8:20PM-CDT: Amy reached Congress, AZ and TS#6.  Temp 82F, winds S 9mph.  Michelle, one of Amy's two crew chiefs, reported that Amy was doing so well that they were going to take a short break in Congress just to set up for the next big climb (Yarnel grade) that happens just outside Congress.  They were also going to switch crews.  TS#7 in Cottonwood, AZ is next at 41 miles and TS#8 in Flagstaff, AZ is another 50 miles beyond that. 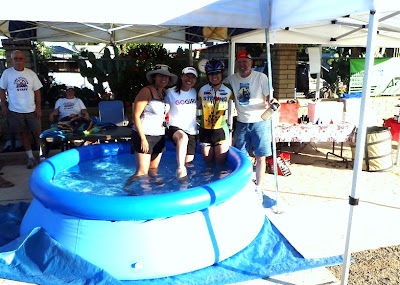 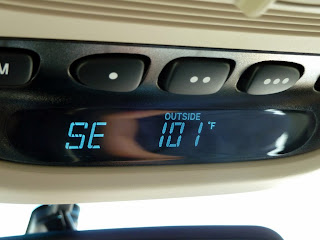 Hot, Hot, Hot!
12:00PM-CDT: Just got word that after a scheduled rest Amy & crew are back on the road! Report is she is feeling GREAT!

As stated earlier Amy will spend all of today riding in Arizona. She will see temps climbing towards 100F today. When she left Parker, AZ the temp was already 90F with SSE winds at 10mph.  She is also faced with a day of climbing, over the next three time stations she will climb in excess of 5400 vertical feet!!
Posted by JayT

Go Amy go! All of my classes are cheering for you Amy we are following your progress online!

Keep it up Amy! Lilly loves watching the website to see how you are doing. We will cheering for!

Go Amy Go! We will talk about you at the MS150 ride on Friday! Will send you recap!

Climb Strong Amy! we are rooting for you. Larry, Pam and Jacob